Ahmed Lawan representing Yobe North (APC), is the new president of the 9th assembly. He beat his opponent, Senator Ali Ndume (Borno South, APC), to seat on the “Iron Throne” of the Nigerian Senate.

Some people are calling this a victory for the president Buhari.

Lawan is backed by Buhari, while the opposition PDP backed Ndume.

As you can see, it was a total whipping Ndume will never forget in a hurry.

Here is what people have to say on social media:

Meanwhile,  Ovie Omo-Agege of the APC has also won the Deputy Senate President position, scoring 68 out of 107 votes against Senator Ike Ekweremadu of the PDP.

He won with 79 Votes against 28 Votes of Senator Ndume. 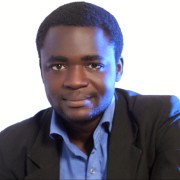 Diamond Progressive Movement is for a better society – Hon. A. Omololu