Diamond Progressive Movement a social-political organization is on a mission to transform the society through great ideas. We had a conversation with the Chief Coordinator at their headquarters in Surulere. He talked about their vision to impact Nigerians youths and inspire change that will bring progress. We also discussed the coming election in 2019 and the role they’re playing to ensure peace. Enjoy.

Diamond Progressive Movement is a socio-political organization founded in 2005, basically for the upliftment of our society in general. The idea was conceived years before then but it came to actualization in 2005. After which we were very sure of our role in the political system. That was the beginning of the movement.

How many members do you have and what roles are they playing?

Within the Local Government are Coordinators who are sixteen (16) members in all. These officers report directly to their respective Senatorial Coordinators on whichever problem or progress they’ve made.

Don’t forget that every Local Government has its own peculiar case that needs to be addressed differently. The Ward Working Committee is also made up of a coordinator and sixteen (16) members. However, the ward has more than 16 members because it is the grassroots and operational level. We had to break the Ward into Zones, so we have Zonal Representatives. Furthermore, the Wards are at liberty to decide on whatever they want to do for their convenience and radically achieving their aims.

What is your objective and vision of the DPM?

DPM’s vision is to ensure the emergence of a state which is economically vibrant. We’re also working towards a society that is industrially active, agriculturally productive, and influentially attractive. Our entire process involves ensuring a guaranteed and rewarding future for a citizenry.

The mission of Diamond Progressive Movement for this society is to encourage and support achievement of all God-given potentials. We know this can be achieved through good governance, objective policies of states. Personally, my own vision on this movement is to see a government that will support the youth and the women groups. Diamond progressive Movement is also committed to supporting the government in her fight against corruption.

Our headquarters is at Surulere, Lagos State and our [other] offices is at Ogun state. We basically operate in two states, for now, Lagos and Ogun, and we intend to go further. We started all this in Surulere because it is a central Local Government in the Lagos State.

Ok Sir, just encourage the young people and everybody else to vote in the next election. Tell them why they need to vote… encourage young people to shun violence and avoid being used by politicians for electoral Malpractices

Yeah! Diamond Progressive Movement is advocating for a peaceful society. We understand the importance of voting. Everyone who is 18 years and above need to make up their mind to vote.

We want to use this as a form of a campaign to encourage everyone to vote for APC- President Muhammad Buhari and Professor Yemi Osinbajo. The two are perfect to take us to our promised land.

Yes! they can’t do or perfect everything but they are trying to put us on a steady base that we can build on. I believe if we can give them the opportunity to come back and finish what they have started, they will definitely get there. They tagged their electoral campaign as the “Next Level”. So, I will advise everybody- young, old; male and female to come out en mass and vote.

We also want to advice our youths not to allow themselves to be used for any form of election malpractice. Youths are the most affected in this struggle and I want them to use this advantage to build up their future. Young people must use their youthful exuberance in a positive way, so they will gain.

We noticed that the youths are being divided because of power and money and these affect their focus and their intentions. Young people should be prepared to vote in the next election.

Not just to vote but vote the APC, let’s have this Leadership back in 2019 and I’m very sure they’re not going to disappoint us. We are going to have a very stable and prosperous nation. 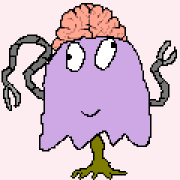