Lagos State Safety Commission has issued a warning on the acquisition of Safety Compliance Certificates by show promoters and event organizers before any events can be held in the state.

This is as a result of the incidence at Nativeland 2019 concert held at the Muri Okunola Park, Victoria Island, which got many people injured when the VIP stage collapsed.

The NATIVE, a show organized by Media and Entertainment Company held the fourth edition of NATIVELAND on December 19, 2019, at the Muri Okunola Park.

Due to the successful outcomes of the previous shows coupled with the ‘Detty December’ feeling, Nigerian revelers were in anticipation to see their favorite artists perform on stage.

Reports from several eyewitnesses show that the incident occurred as a result of overcrowding and high handedness from the security personnel at the venue.

The stage collapsed minutes into Fireboy’s performance according to videos and photos released by attendees present at the concert.

The commission notified the public that the accident occurred because organizers didn’t take safety measures seriously. Also, they failed to neither notify nor obtain a safety compliance certificate from the commission.

Lagos State Safety Commission also used the medium to remind show promoters that all events must be brought to the attention of the Commission before the event date, and those without Safety Compliance Certificates will be canceled.

The commission expressed sympathy with all those that were affected, by sustaining injuries and loss of properties. They also promised to reach out to all parties involved, as they have commenced a full investigation.

Show promoters, event organizers, and venue owners who disregard safety measures at the detriment of the interest of the general public were also cautioned by the Commission on Zero tolerance they have towards protecting the lives of Lagos citizens. 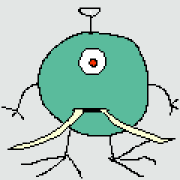 How to qualify for N100,000 MarketMoni empowerment scheme